Brief History of the CMI Congregation

The Carmelite of Mary Immaculate CMI is the first indigenous religious congregation of India, started by three illustrious priests of the Apostolic Church of St. Thomas Christians in India. These founders were Rev. Fathers Thomas Palackal, Thomas Porukara and St. Kuriakose Elias Chavara. They were assisted by Jacob Kanianthara who joined the congregation as brother co-operator. The then Archbishop of Verapoly Mar Maurilius Stabilini O.C.D., who was governing the St. Thomas Christians of Kerala, granted permission to establish this religious congregation. The foundation stone for the first Monastery at Mannanam, Kerala was laid on 11 may 1831. Before the fulfilment of their long cherished dream of canonically starting religious life among the St. Thomas Christians, the two Acharyas, Fr. Thomas Palacjal and Fr Thomas Porukara were called to eternal rest in 1841 respectively.

He was declared ‘Blessed’ by Pope John Paul II on 8 February 1986 at Kottayam, Kerala and was canonized by His Holiness Pope Francis I on 23 November 2014 at Vatican. Since the ordinaries of Verapoly were Carmelites, under whose jurisdiction and guidance was the congregation in its early days, a Carmelite influence was obvious.

In 1860, the general chapter of the OCD named Religious Institute as ‘Third Order of the Discalced Carmelites’ (TOCD). In 1958 the name was changed to ‘Carmelites of Mary Immaculate’ [CMI] with the approval of its revised constitution by the Holy See. It was granted pontifical status in 1885 and was declared exempted pontifical religious congregation in 1967.

The congregation was involved from its very beginning in pastoral care responding to the need of the then church in Kerala. One of the other important apostolate of the congregation was training priests to serve the church effectively. The members met the challenge of educating the youth and disseminating Christian literature, laboured for the evangelization of the Non-Christians and for the reunion of the separated brethren among St. Thomas Christians and undertook works of mercy and started charitable in situations. Pleased with apostolic activities of the Religious Institute, the Holy See, entrusted to it a number of mission territories beyond the boundaries of Kerala in 1960s.

The Congregation was divided into three provinces on 2 March 1953 for the administrative reasons. Later on as the members and the activities increased, further divisions became necessary. At present the congregation has fifteen provinces, two mission regions, seven sub-regions, five mission dioceses spread across 29 countries. 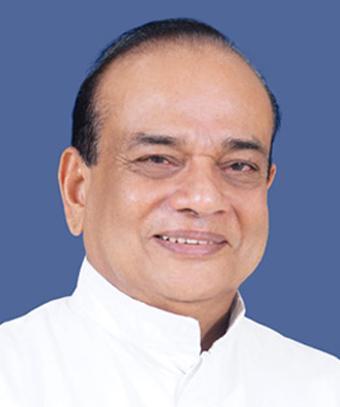 During the Second World War and shortly afterwards there was a mass exodus of Nazranis from Kerala to Mangaluru, Chickmagaluru and Mysuru in Karnataka State. They were living in different regions of Karnataka without having sufficient spiritual care. Reading the signs of the time and needs of the people the CMI missionaries under the leadership of Rev. Fr. John Berchmans Kureeckal CMI of the S. H Province Kalamassery, reached Karnataka in N. R. Pura and started Mysuru mission in the year 1954. The mission under the title “Mysuru Region” was formally entrusted to the Sacred Heart Province, Kalamassery as its ‘Mission’ by the rescript (Proto No. 586/59) from the Vatican on 8 May, 1959. The formal erection of the region was in the year1965. Rev. Fr. Cyprian Vithayathil was appointed as the first Regional Superior with the mission headquarters at. Gonikoppal, South Coorg. Rev. Fr. Regulus Thadathil, Rev. Fr. Barnabas Kannadan and Rev. Fr. Frederick Mundathanath were his successors as regional superiors.

The geographical area of CMI St. Paul’s Province, Mysuru, covered the civil districts of Mysuru, Mandya, Coorg, Hassan, Chikkamagaluru, Dakshina Kannada, Udupi and Shivamogga. Considering the remarkable progress of the mission activities in this region, the 30th General Synaxis held on May 2, 1978 elevated this region to the status of a Vice-Province placing under the patronage of St. Paul, having Carmel Bhavan as its Provincial headquarters at N.R. Mohalla, Shivaji Main Road, Mysuru. Rev. Fr. Frederick Mundathanath was appointed as the first provincial.

In order to facilitate the mission work of the district of Hassan, His Excellency Rt. Rev. Dr. Jacob Thoomkuzhy, the former bishop of Mananthavady, made a contract with Rev. Dr. Thomas Aykkara CMI, the then Prior General of the CMI for the sake of CMI St. Paul’s Vice-Province, Mysuru on 19 April 1981, with full responsibility for intensive and extensive evangelization of the people of the district and in due time the Holy See may be pleased to erect it as a new eparchy or exarchate as the case may be(Ref., Contract between Rt. Rev. Dr. Jacob Thoomkuzhy,

the then Bishop of Mananthavady and Rev. Dr. Thomas Aykkara CMI, the former Prior General, No.1). After 29 years on 18 January 2010, diocese of Mandya comprising of the four civil districts of Hassan, Mandya, Mysuru, Chamarajnagar was erected by the Synod of Bishops of the Syro-Malabar Major Archiepiscopal Church.

Fathers who served the Vice-Province as Provincials were:

The 35th Ordinary General Synaxis of the Congregation held in Bengaluru raised the Vice-Province to the status of a province on the 9th of April 2002.

Fathers who served the province as provincials:

The province has been responding to the global mission initiatives of the CMI Congregation and started its first mission in Argentina in 2005 sending three missionaries. Members of the province are engaged in various fields of apostolic activities like pastoral care, preaching the word of God, imparting formal education, social work, medical care, serving the sick and the dying and in organizing the youth.

Pastoral care is given to the Christian faithful through catechetical training and administration of the sacraments and through various other activities. The province is rapidly growing with more dedicated priests engaged in various apostolic activities. 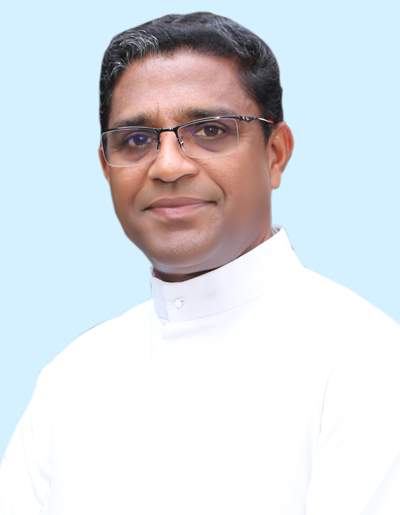